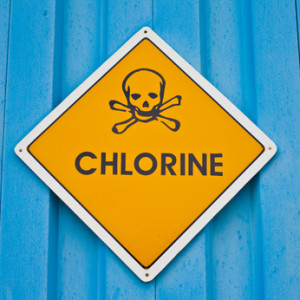 As a necessary evil, chlorine and chloramines kill bacteria in your drinking water.

While we do need a method to reduce the risk of bacteria, chlorine and chloramines cause water to taste bad and recent studies have even found them to be harmful to your health.

Typically chlorine is treated by using carbon filtration, however if your city water supply treats with chloramines, make sure the specific filter you have will reduce both.

Your local Culligan Man will be able to let you know specifically what’s in your water and the right way to treat it the first time so you don’t have to waste time and money on a filter that doesn’t solve your water unique problems.

To learn more about reducing chlorine & chloramines from your water, fill out the form below.

Metzner's Culligan Quality Water of Green Bay
4.7
Based on 108 reviews
See all reviewsWrite a review

Barb Vanderzanden
18:24 30 Mar 22
They let you know in advance when they are coming and they show up on time.

Sandra Blakley
18:50 08 Mar 22
We had a message on our system to call Culligan. The technician explained every step he was doing, and discovered a clogged part. During his inspection, he discovered a filtration system that we didn't know we had. We bought the house a year and a half ago. The filter in the system was disgusting, and he explained how often it should be inspected, which clearly had not been done previously. We highly trust Metzner's Culligan. They also service the filtration system for our drinking water. We highly recommend them.

*HE is the world's most efficient water softener when configured with proportional up-flow brining and Aqua-SensorTM
EXIT
Free Install On Tankless RO
No prize
Next time
Almost!
Free Month BWD
Free Air Quality ✓
12Mths Same as Cash
No luck today
Almost!
$50 off
No prize
$9.95 1st 3 months
Get your chance to win a prize!
Enter your email address and spin the wheel. This is your chance to win amazing discounts!

By providing your email above you will receive exclusive: